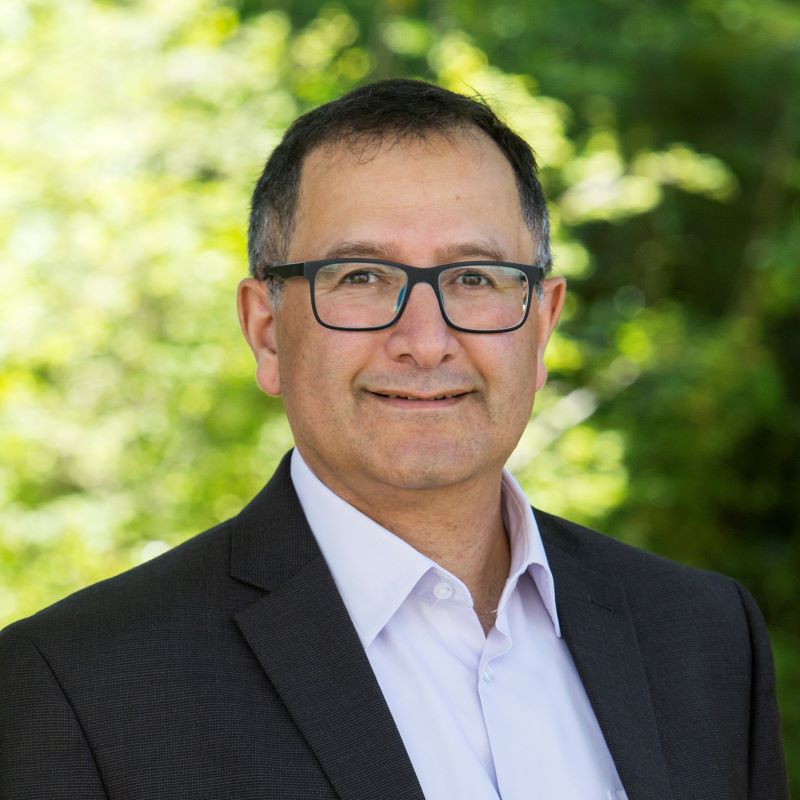 Dr. Adel Guitouni is an associate professor of management sciences, decision support systems and international business at the Gustavson School of Business. He developed a multi-disciplinary approach to teaching and professional activities, which includes his fourteen years work with the Canadian government where he directed large scientific teams involved with major events and strategic initiatives such as the Vancouver 2010 Olympics and Paralympics Games and 2010 G8/G20 summits.

Dr. Guitouni made more than hundred contributions to multiple criteria decision analysis (MCDA), supply chain management, value chain modelling, information systems, and distributed resource management fields. He expanded his expertise to sustainability and social responsibility in business management and decision analysis. He developed collaborative research and consulting projects with industries, governments and nongovernmental organizations.
His commitment to a better world for all led him to initiate, in collaboration with Ambassador Beaulieu and Dean Klein, the Victoria Forum in 2017. The goal is to create an open and inclusive space where individuals and organizations from a wide spectrum of backgrounds and perspectives could come together to discuss ideas to address emergent and urgent contemporary challenges, break down silos and encourage innovation.

Dr. Guitouni has actively engaged in several activities that support the democratic transition and socio-economic development in the MENA region; i.e., in Tunisia and Libya. He advised the Prime Minister of Tunisia between December 2011 and April 2013. In 2012, along with Nobel Prize Laureate Joseph Stiglitz and Prof. Paul Romer, Dr. Guitouni hosted economic policy development and leader mentorship workshops in Tunisia. Following the second political assassination in Tunisia in February 2013, Dr. Guitouni facilitated negotiations among political foes in support of the Tunisian National Dialogue led by the Tunisian National Dialogue Quartet (awarded the 2015 Nobel Prize). In 2014, he succeeded in collaboration with an academic coalition and the African Development Bank to develop and fund leadership capacity-building programs for Tunisian and Libyan leaders worth US$7.5 million. In 2015, he contributed to the establishment of the Mediterranean Entrepreneurship Development and Innovation NGO dedicated to helping Tunisian youth learn e-commerce and establish their businesses.

Adel lives in Victoria BC and enjoys life with his wife and two children.